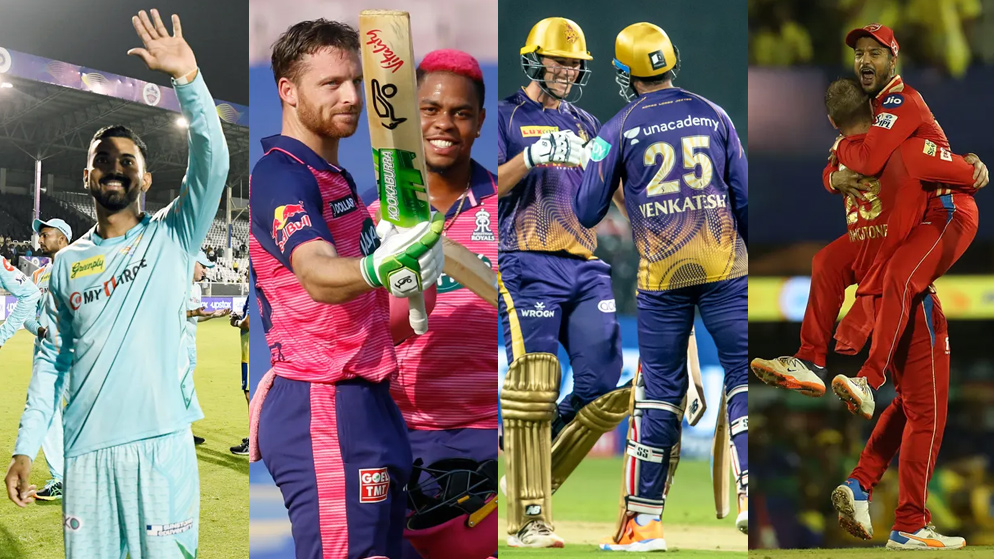 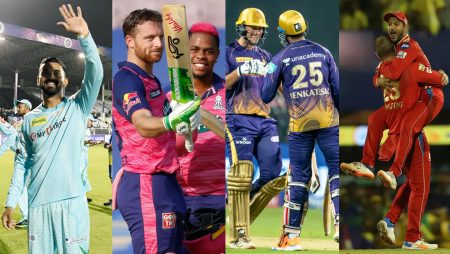 With the inclusion of two new teams in IPL 2022, the battle for the IPL playoffs will get more interesting. Only four of the ten franchises will be able to advance to the next round. In the IPL 2022 schedule, these teams must play 14 intense games over two months.

The IPL mega auction has provided a level playing field for all parties. There is no shortage of talent and ability, and though the Mumbai Indians and the Chennai Super Kings have dominated the IPL, others have the potential to surprise.

Rajasthan Royals team got placed in the same group as the Mumbai Indians, whom they have dominated in the past. They have won five of their last eight meetings with the Mumbai-based team.

It has a strong batting order that includes Jos Buttler, Sanju Samson, Shimron Hetmyer, and Riyan Parag. They have two strong Indian players named Yashaswi Jaiswal and Devdutt Padikkal, who can help them establish their dominance in the tournament.

Prasidh Krishna is an improved bowler who has performed admirably for the Kolkata Knight Riders and the Indian cricket team. They have two top-quality spinners in R Ashwin and Yuzvendra Chahal, who can take control of the middle overs and pick up wickets.

Trent Boult, on the other hand, has always taken wickets in powerplay overs. With Prasidth Krishna, both may hunt in tandem in terms of speed. Interestingly, Navdeep Saini is available to join as either a third pacer or a replacement.

Aside from its vital cogs, RR will have reserves such as Rassie van der Dussen, Daryl Mitchell, and Obed McCoy. Overall, the RR family appears to be well-prepared to compete for its second IPL title after many years.

Punjab Kings did a great job at the big auction, securing several match-winners.

Shikhar Dhawan, Liam Livingstone, Jonny Bairstow, Mayank Agarwal, and Shahrukh Khan are among the players on the Punjab Kings’ batting line-up for the IPL 2022. Fast bowlers Kagiso Rabada and Arshdeep Singh can make an impact in any game.

Rahul Chahar was a promising player for the Mumbai Indians and has the potential to make an impact in the future. Mayank Agarwal has extensive captaincy experience and is well-versed in team dynamics. How he leads the team will have a significant impact on how Punjab perform in the IPL 2022.

Mayank Agarwal has enough captaincy experience and is familiar with the team’s dynamics. The way he manages the team will have a big impact on how Punjab perform this season.

At the IPL 2022 auction, the Lucknow Super Giants (LSG) assembled a formidable team. Their biggest challenge will be forming a cohesive unit, as many of these players will be meeting for the first time.

With Avesh Khan and Mark Wood providing raw pace to work with, Lucknow may be the team with the necessary skills to win the title in their first season.

The Kolkata Knight Riders more than made up for the loss of their key players by welcoming old and new players to their squad at the IPL 2022 mega auction.

KKR repurchased Australian Test captain Pat Cummins for INR 7.25 crore. Also brought middle-order batter, Nitish Rana, for INR 8 crore, and young pacer Shivam Mavi for INR 7.25 crore. They also made some smart buys by outbidding the rest of the competition to lay a solid foundation as the franchise looks to take its legacy forward.

In 2022, the two-time champions retained Caribbean all-rounder Andre Russell for INR 12 crore. All-rounder and explosive opener Venkatesh Iyer for INR 8 crore, and mystery spinners Sunil Narine and Varun Chakravarthy for six and eight crores. Respectively, and had a purse of INR 48 crore heading into the IPL 2022 mega auction. They made an impression on the first day by making certain that all of their bases were covered. The Kolkata Knight Riders will now focus on rebuilding their new squad and making a significant impact in the 15th edition of the marquee tournament as they seek a third IPL title after falling short at the final hurdle last year