Captains With The Most Wins In Test Cricket History 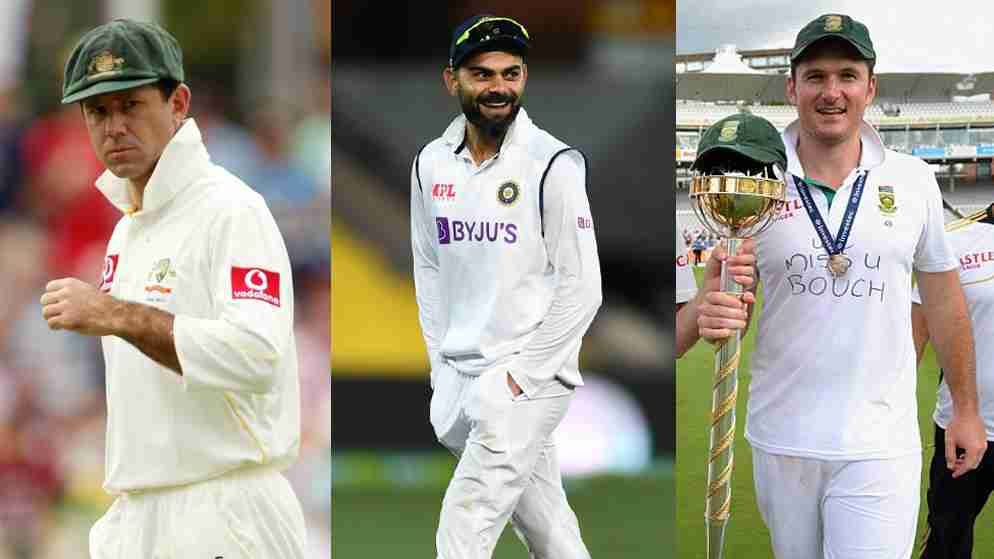 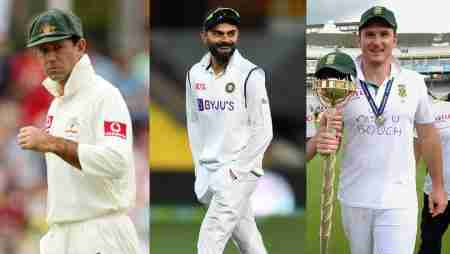 Time and again, captains have proved a change in authority can lead a team to the greatest height. Take the ongoing five-match Test series, for instance, India showcased an outstanding game on the Lord’s Cricket Ground.

A seasoned match for the eyes of spectators and no doubt the hardworking players. The Indian team declared the win against England team with 151 runs.

This adds one more win in the Virat Kohli’s tally under his captainship.

So, let’s take a look at the most celebrated wins in the Test Cricket history under the marvelous command of accomplished captains.

Without any further ado, here is the countdown to top five captains with most wins in Test Cricket.

Right around the time when South African cricket journey was undergoing a tough time. Graeme Smith took over the Test Captaincy at a young age of 22 years-old.

The former cricketer is esteemed as one of the supreme captains in the Test cricket history.  He led the South African team to greatest heights. Among 108 tests Graeme represented, he led the side to a victory of 53 games and number one in ICC Test rankings.

In total, Smith scored 9265 runs with an average of 48.2 through 117 tests. The left-handed opening batsman has hit 27 centuries and 38 half-centuries.

After taking over the captaincy from Steve Waugh in 2004, Ricky Thomas Ponting commanded the team till 2010. He showcased a strong desire to win the game, hence the side flourished under Ponting’s captaincy.

Australia was going through the golden era and Ricky’s command made sure to continue this phase. His outstanding management led the side to 77 Tests, out of which the team won 48. Hence, making him the second most celebrated captain in Test Cricket history.

Besides such glorious Test wins, the Australian team made two consecutive wins in ICC One Day International (ODI) World Cups during 2003 and 2007. In the span of his test cricket career Pointing played a total of 168 games, scoring 13378 runs. With an average of 51.85, he has 41 centuries and 62 half-centuries in his name.

Steve Waugh sits on the third position with a total of 41 wins as a Test captain.

Being one of the most successful right-handed-batsman, he led the Australian team to fifteen out of sixteen continuous wins. From the time period between 1997 to 2004, Waugh leadership was the main reason the side went to accomplish staggering wins. He also led the team to win ICC 1999 World Cup.

In 1999 Steve took over the test leadership, and led the team to 57 tests, winning 41. Under the Australian Cricketer’s leadership, the team only lost nine matches in total. This made the team having the record of low loss ratio. He was also the most capped Test player until Sachin Tendulkar broke the record.

As mentioned above with the recent win in the second Test against England, Virat Kohli transcended Sir Clive Lloyd. The win led the team to ICC World Test Championship (WTC) final against New Zealand.

He even surpassed MS Dhoni and became India’s outstanding Test skipper. Although the right-handed batsman, may not be regarded, greatly as limited over’s, captain. His caliber as a test skipper is undoubtedly exceptional.

With the recent win, Virat Kohli lands on the fourth position in the history of Test cricket wins. In total the captain has led the side to 63 matches and represented 94 Tests. He has scored 7609 runs as of now.

As a West Indies team captain, Clive Lloyd has been praised for his leadership that has led the team to many of victories. His reins ruled over the Test series and continued between the time period of 1974 and 1985. The medium pace-bowler let the team through 36 test wins, without a single defeat.

By this point, Sir Clive Hubert Lloyd was confident enough that he could defeat any team in the world. Furthermore, his performance and authority proved the skillful batsman’s expertise in the Test side. Being a successful captain, his supervision led the West Indies into 74 Tests. Out of which the team won 37, with winning percentage of 48.64.

Apart from the Test side, West Indies won the first two ICC World Cups in 1975 and 1979 under Clive’s leadership. At an average of 46.7, the middle-order batsman represented his team in total of 110 Test, and scored 7515 runs.