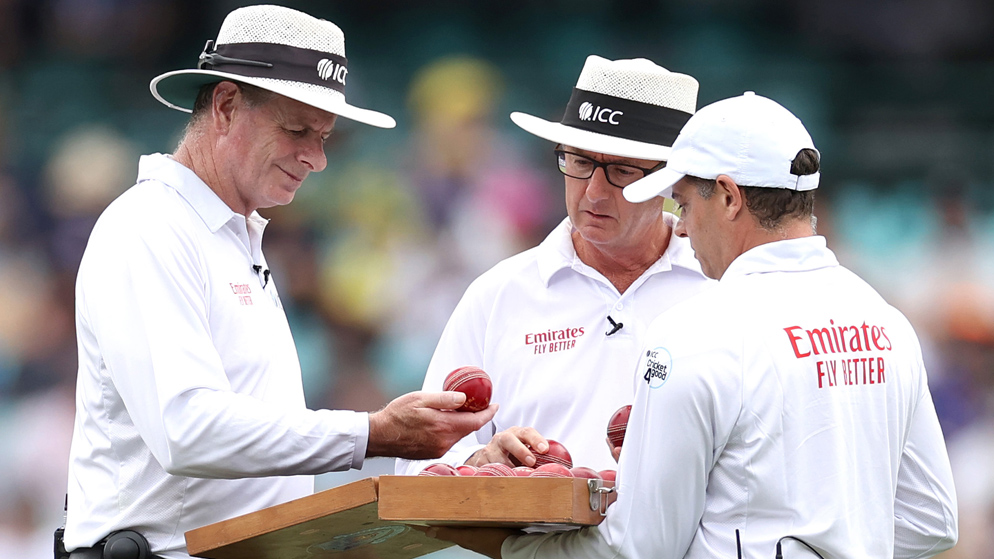 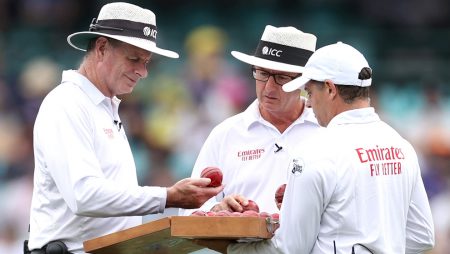 The ICC ratified the Cricket Committee’s recommendation. They want to “use” more neutral umpires in international cricket. On Sunday, the ICC committee decided to have home umpires officiate in:

Neutral umpires will return to duty in Test cricket. As nations begin to relax movement restrictions imposed by the Covid-19 pandemic. It began in 2020.

On Sunday, ICC endorsed the Cricket Committee’s proposal to utilize more neutral umpires in international cricket. ICC choose to have home umpires officiate in both ODIs and T20Is.

The ICC has decided that three of the five-Test match officials will be neutral for the 2022-23 season:

The other two match officials will be:

These will be from the host country.

Travel restrictions caused by the COVID 19 pandemic. Neutral umpires will be reinstated for men’s Test matches in the 2022-23 season. After two years of allowing home umpires to officiate international matches.

However, one on-field umpire and the fourth official will remain at home. While the second on-field umpire, match referee, and TV umpire will all be neutral.

The number of unsuccessful reviews available to each team in Test matches was 2. It got increased from two to three when home umpires were introduced in 2020.

All officials for ODIs and T20s will be home umpires.

Why has the ICC announced reintroducing the neutral umpires?

The Covid 19 pandemic brought the world to its knees. The ICC has announced that home umpires will replace neutral umpires. And Barclay thinks it was a wise decision to give them international exposure. There is the recent Test series between South Africa and Bangladesh. All eyes will be on the biassed decisions of two of the umpires.

According to previous reports, the ICC has decided to use home umpires in ODI and T20I cricket. If the reports from two weeks ago are correct, three of the five-match umpires in Test cricket which includes:

will be neutral. The rest of the two will be from their respective countries.

Furthermore, it is worth noting that the ICC implemented home umpires during the pandemic in 2020. The decision is on the verge of restoring cricket after the COVID-dark days.

The Cricket Committee reappointed Mahela Jayawardene as a post player’s representative. Jay Shah, the BCCI secretary, was appointed as the committee’s Full Member representative. He will take over charge after David White.

Last year, the ICC Cricket Committee recommended that structure. It was supported by the global body’s CEOs panel and board. A press release was issued on Sunday. The ICC stated that the performance of the home umpires was “strong” and encouraging.

Due to Covid-19, the CEC was updated on the utilisation of home umpires. It is from July 2020 to February 2022, the ICC stated. The board recognised that the home umpires’ performance was solid and had not impacted games. The use of home umpires also prompted 12 members of the international board of umpires. It is to make their Test match debut.

There is a success of the home umpires over the last two years. It has given the ICC the certainty that there will be no neutral presence in limited-overs cricket. In future bilateral ODIs and T20Is, all five match officials, including the match referee, will be non-neutral.

Let’s talk about the pre-pandemic guidelines. One of the on-field umpires, along with the third umpire and the match official, was impartial in One-Day Internationals.

There were two home umpires:

Talking about the pre-pandemic. The only unbiased authority in T20 cricket was the match referee. He/She will now be from the home board.

The ICC chief on Wednesday announced the return of neutral umpires to international cricket.

While talking to local media in Dhaka, he stated:

“There were some benefits [of Covid] for cricket. One of them was the chance to use umpires at home. It has given home umpires some exposure to international cricket,

“I think that’s good. It spread the base a little bit wider. But, we are on the other side of Covid. So we are reintroducing the neutral umpire arrangement. You will see neutral umpires back up and running again.”

“The Working Group advised the Board of the ICC. It is to continue to support the Afghanistan Men’s team to play international cricket. While monitoring the governance of the sport in the country. It is including the development of the Women’s game.”

“The ACB confirmed their continued commitment to developing women’s cricket. It will submit a full action plan and budget to do so to the Working Group. It will continue to monitor the situation and receive regular updates on its progress.”