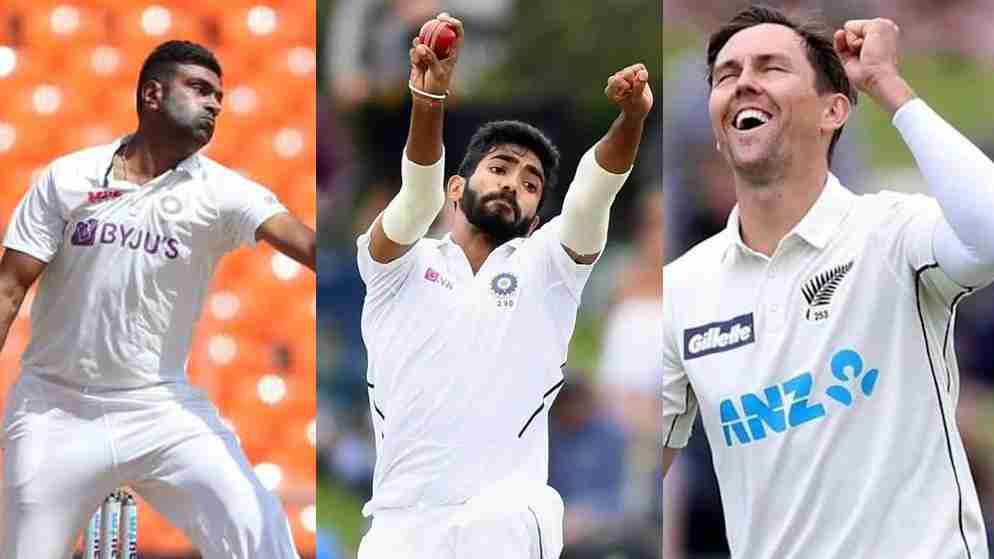 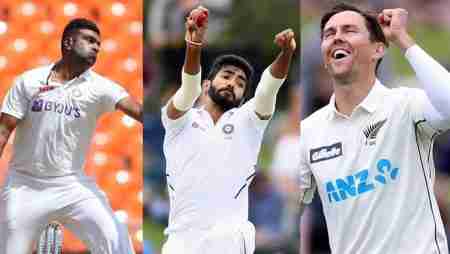 We will be cheering for the most awaited match in ICC World Test Championship final in a few days. The finals between India and New Zealand from June 18-22. The two greatest bowling attackers encounter each other in the Ageas Bowl, Southampton.

Both teams stand tall with an outstanding range of players. It will be pretty interesting to witness the choices made by the Team Captain. Word case in point here is some bowlers we will have to watch out for this season.

Oftentimes, we do forget the stats of Tim Southee as the Test bowler. Just take a look back at the 2020 Test series. Tim was the primary wicket-taker in 14 in 2 matches at 13.14 and 5th in overall.

If the conditions stand in Southee’s favor, the player is over the top with his alluring bowling manner and outswinger. His records against Virat Kohli are equally impressive. He can trouble any batsman and make them chase the away-going deliveries.

In the last 2 Tests of that 2020 series against New Zealand, the champion pacer had quite an underwhelming stature. Taking out six wickets over four innings with an average of 31. The not so memorable experience could be partly because of the Bumrah’s recent long lay-off due to injuries.

Moreover, they are wiping out Duke’s ball. Hence, we might witness a range of pacy and impossible inswingers and outswingers if he does make it to the ground. But will he rest for the WTC final? Only time will tell.

Bowling in the leads as a second-highest wicket-taker last Test series against India. The left-arm seamer is one of the best-wing ballers of the contemporary era. Scalping 11 wickets at an average of 19.36 in just two matches; Boult is a potent threat to the Indian team.

The left-arm pacer moves the ball in mysterious ways, perplexing the Indian batters. It’s safe to say, Boult was and will be a mighty threat for the Indian batting line-up.

In the last three years, the veteran seamer has been at the peaks of his powerful bowling techniques in Test cricket. Just in the two years of ICC WTC finals, Ishant has an outstanding average of 17.36 and a strike rate, 36.3 by claiming the last 36 wickets in 20 innings.

Although the seamer’s performance in the ongoing intra-squad match should be enough to get him in the fields. There have been reports of Ishant taking the bench this year, as per the management’s request.

Kylie, the lanky pacer, has a megahit start to his Test career during the 2020 WTC home season. Over time, he has showcased exceptional bowling skills for the New Zealand team.

In the 12 innings, the right-arm pacer has played so far; he has taken 36 wickets. Claiming three wickets over the Lord’s Test against England, he is the second-highest wicket-taker right behind Southee for the Blackcaps. Furthermore, standing at 6 ft 8 inches blending with his progressive ability to move the ball; The lanky pacer undoubtedly gets an extra bounce off the tracks while causing trouble with the height.

Reports in the media have suggested the Indian team is keen to play Siraj in the finals. The Hyderabad- born pacer has grabbed 16 wickets, including 12 in the series Down Under. He can throw long bowls at a consistent pace, which will surely stir the New Zealand batting line-up.

In the last eight months, the Indian off-spinner has been at the utmost height of his Test career. Ashwin ended the World Test Championship cycle as prominent wicket-takers in the 24 innings, scalped on to 67 wickets at 20.88.

That being said, will he play for the team? It is yet not decided. Given his past venture in Southampton was not an enjoyable experience. The spinner was not just easily out-bowled by his rival, Moeen Ali. He only managed to take out three wickets in two innings.

However, keeping in mind, New Zealand has lots of left-handers in their top-6. And Ashwin is one of the peerless bowlers against them. The management might get tempted to get him on the field.