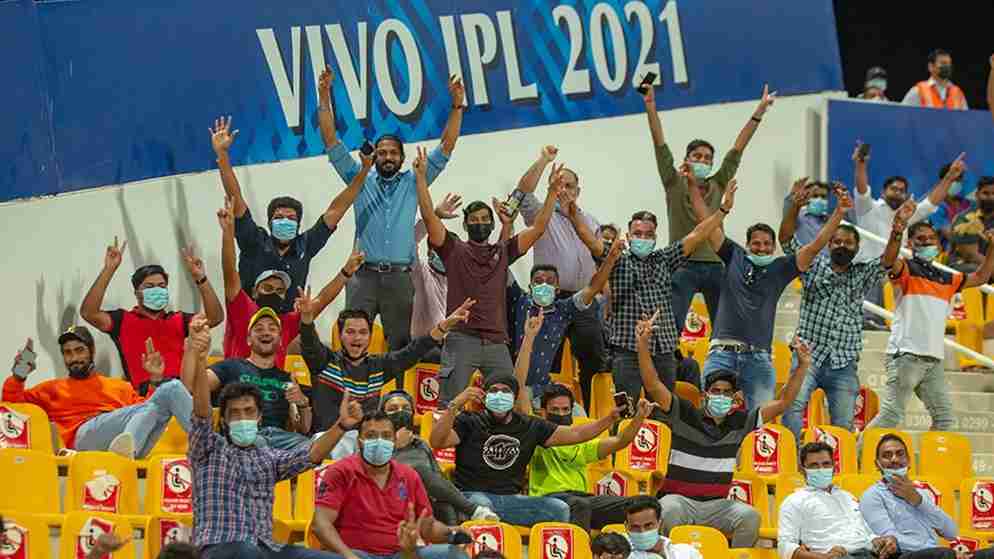 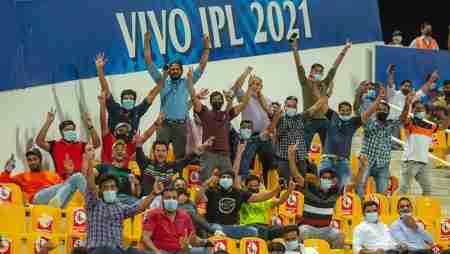 Indian Premier League IPL 2021 play-offs, is heated up with determination after the Royal Challengers Bangalore (RCB) became the third member to qualify. In the 12 matches played by the Virat Kohli lead team, they secured third place with a 16-point mark. With only limited matches remaining, no other team can reach the 16-point mark gap any time soon.

So, the fight for play-offs begins with four teams going up to secure the final spot in IPL 2021 playoffs. Besides the four contenders, Chennai Super Kings, 1st position, and Delhi Capitals, 2nd position are playing for the top two spots.

A lot of exciting matches up ahead of us, having finished the 49 matches, we move to the next round. The four teams trying to reach the play-offs race are:

Kolkata Knight Riders is fourth on the IPL 2021 scoreboard with a 12-point mark. They played a total of 13 matches with a positive net run rate. Furthermore, KKR is also the only team among the four contenders to have a positive NNR. Even the third-place Royal Challengers Bangalore have a negative NNR.

After the win on Sunday against the Sunrisers Hyderabad in Dubai, Kolkata Knight Riders has boosted their chances of reaching the play-offs. Their upcoming match is fixed with Rajasthan Royals on October 7. All they have to do is win the match with a bigger margin.

If they do that, it will be end of the journey for remaining others.

Technically Punjab Kings (PBKS) is still on the IPL 2021 scoreboard, but its looks like the season is close to over for them. After their last defeat, PBKS chances to reach playoffs are slim to none. As, KL Rahul-led side has difficult challenge up ahead.

PBKS upcoming match is with Chennai Super Kings on October 7 and they can’t just hop on the 14-point mark.

Even if they defeat CSK, they still need a miracle to get through. For PBKS to secure a position in IPL 2021 play-offs:

Only then Punjab Kings can be on the play-offs. Hence, only a miracle will save them.

“Fate lies in their own hands”

This is true not only for the Kolkata Knight Riders, but also for Rajasthan Royals. However, the case of defeat is a little complicated for RR.

Their upcoming matches are with the rivals MI and KKR on October 5 and 7. RR will have to win both matches plain and simple to secure a spot in IPL 2021 play-offs.

But if only things were that simple. Let’s say RR beats one of the team, then how will the rest of journey look like for them?

They stand eliminated due to the point gap. As KKR would climb on to 14 points mark, leaving RR on 12 points.

They would require to leave the fate in SRH’s hand. SRH will have to beat MI, that way MI finishes off with 12-point mark.

Although RR is only 0.63 NNR behind KKR, they still have a long way to go.

Rohit Sharma’s men are on a shaky ground, on accounts of the negative and poor net run rate among the four contenders.

So, in order to reach the IPL 2021 play-offs, MI has to win both of the upcoming matches. That are:

In that case, MI would climb off to 14-point mark, while KKR and RR finish the season off on 12 points mark each. This way the negative net run rate wouldn’t be an issue.

However, if KKR beats RR and the net run rate will come into perspective because of KKR’s stand on the scoreboard with impressive net run rate of +0.29.

Hence for MI to reach the play-offs, a lot of outcomes need to go their way.

On top of the board stands CSK, first team to qualify for the play-offs. They have two upcoming matches:

A win on any of the above matches secures their spot in IPL 2021 top two.

DC holds the second position. Their recent victory over MI moved them to 18 points-mark. It surely puts CSK on a lot of pressure. So, to spot a place in the top two; DC will need to beat one of the two upcoming matches: