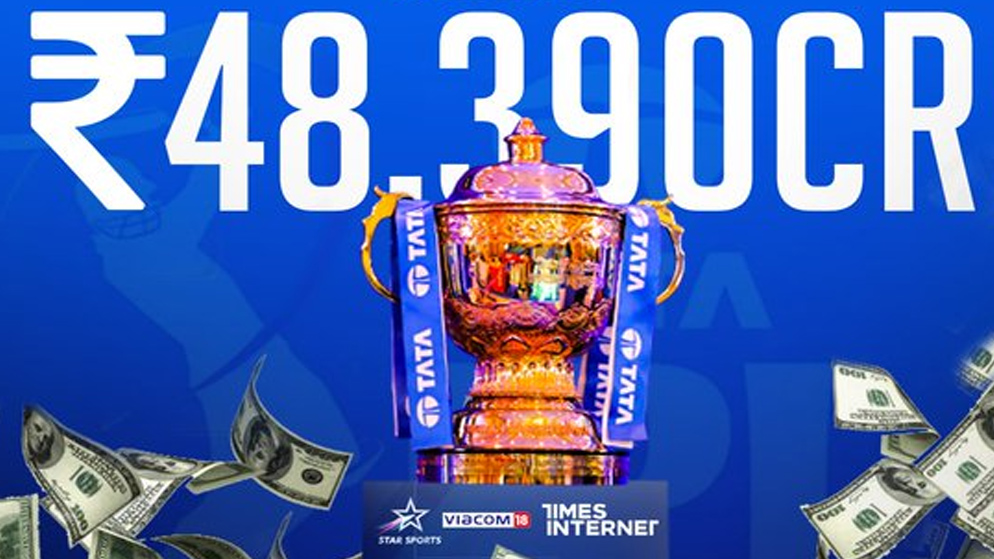 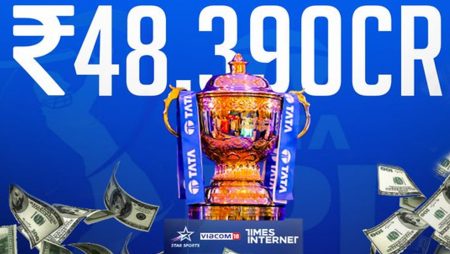 The BCCI announced that it has sold media rights to the Indian Premier League (IPL) for a whopping Rs 48,390 crore over five years, making it the world’s second most valuable sporting league.

The blockbuster IPL media rights auction that made India’s T20 league the world’s second-richest sporting event was led by digital. After the three-day drama-filled battle concluded, BCCI hit the jackpot and stands to earn Rs 48,390.5 crore over the next five years.

BCCI announces the successful bidders for acquiring the Media Rights. The media rights for the Indian Premier League are for Seasons 2023-2027.

Who got the right? Let’s see.

While Disney Star retained their Indian subcontinent TV rights for Rs 23,575 crore (Rs 57.5 crore/game), the most sought-after India digital rights deal was acquired by the Reliance-backed Viacom18 for Rs 23,758 crore.

Argus Partners served as BCCI’s legal counsel throughout the tender process. BCCI was advised by KPMG. Mjunction Services Limited provided the platform for the e-auction to run smoothly.

In terms of sheer valuation, the IPL will now be grouped with:

These are the most-watched sporting event in the world.

What are some other packages?

Package C included the digital rights to 18 non-exclusive marquee games per season; which Viacom18 won with a winning bid of Rs 2991.6 crore at a rate of Rs 33.24 crore per match. This package contains 90 matches.

Package D, with a base price of Rs 3 crore per game and overseas TV and digital rights available, was sold to Viacom18 and Times Internet for more than Rs 1,300 crore.

In 2008, linear coverage (TV) accounted for 90% of total coverage, while digital coverage accounted for only 10%. When Star acquired the rights in 2018, the TV-Digital ratio was 75:25; but this new agreement has given digital space a greater than 51 percent share of the broadcast footprint.

The total value of the two deals exceeds the $2.4 billion paid by Star for the previous five seasons of the IPL. In terms of cost-per-match, the figures place the IPL alongside the NFL in the United States and the English Premier League.

Some statements from known personalities on BCCI

“I am thrilled to announce that STAR INDIA wins India TV rights with their bid of Rs 23,575 crores. The bid is a direct testimony to the BCCI’s organizational capabilities despite two pandemic years,”

“Viacom18 bags digital rights with its winning bid of Rs 23,758 cr. India has seen a digital revolution & the sector has endless potential. The digital landscape has changed the way cricket is watched. It has been a big factor in the growth of the game & the Digital India vision,” he added.

“The BCCI will utilize the revenue generated from IPL to strengthen our domestic cricket structure starting from grassroots; to boost infrastructure and spruce up facilities across India and enrich the overall cricket-watching experience,”

“We will be exploring other multi-platform cricket rights, including future rights for International Cricket Council (ICC) and Board of Control for Cricket in India (BCCI), which we currently hold through the 2023 and 2024 seasons, respectively,”

” Two behemoths in the IPL and the digital space have collided to create something that changes the way sport is consumed in the country. In a matter of three days; the IPL is second only to the NFL when it comes to per-game valuation; and what this does is, it gets the big hitters in global sport to sit up and take notice. This is a game-changer.”