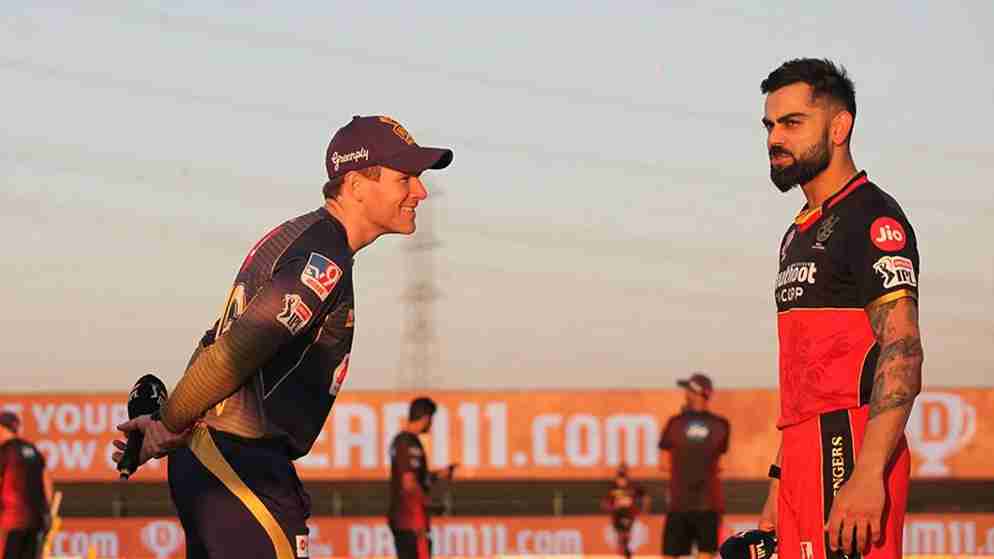 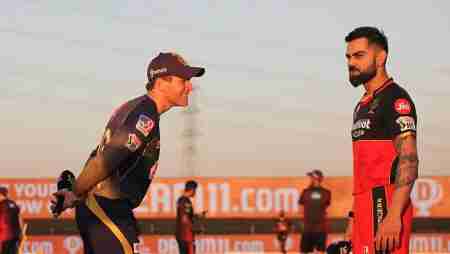 The Indian Premier League match between Kolkata Knight Riders (KKR) and Royal Challengers Bangalore (RCB) set to be in Ahmedabad has been rescheduled. Recent developments pour in two players from KKR have tested positive for Covid-19; Spinner Varun Chakravarthy and Bowler Sandeep Warrier.

Although similar cases have been reported regarding the Covid-19 concerns before this incident came to light. Few supporting staff and even some players came out positive. However, this is the first match that is postponed. The match was scheduled in Narendra Modi Stadium on the 3rd of May, in Ahmedabad.

How did it start?

Chakravarthy had to leave the IPL bio-bubble for a scan on his shoulder through the green channel. The infection is thus believed to be picked by the spinner during his visit to the doctors. When Warrier tested, positive the contact tracing led to the Chakravarthy. Besides the two players, other Kolkata Knight Riders (KKR) teammates have come clear of the contingency tests, thus conducted. The entire team has returned to quarantine in their bubble, while the two players have been isolated with essential precautions.

Since the beginning of the 2021 IPL season, these are the first positive Covid-19 cases recorded within the bio-bubble. The Indian Premier League has affirmed this occurrence with a statement. “Knight Riders have now moved towards a daily testing routine to identify any other possible causes”.

What is being done?

In addition to that, the medical teams are closely monitoring the two cases and tracing their possible, causal, or close contacts 48 hours prior to the testing. Furthermore, the Knight Riders are informed for rather strict isolation of at least three days in the Ahmedabad hotel.

Almost a week before the recent incident, the Board Control for Cricket in India (BCCI) assured the team members were totally safe in the IPL bubble. The BCCI announced that the teams were not playing to win, rather for something far important, “Humanity.”  Moreover, the interim chief executive officer, Hemang Amin reassured the franchises and the team members regarding the continuation of the IPL matches.

Despite the raging Covid- 19 with an accelerating spike in new cases every day in India. Additionally, the IPL stated they were strengthening the protection of the bio secure bubble with needed reinforcements. Till the end of the event, that is May 30.

On April, 27 the interim chief executive officer also sent out emails reassuring the players regarding their safety. The emails also elaborated on the counteractive measures applied to keep the bubble intact.

Even the Indian Premier League this year around is conducted through a two-venue cluster caravan model. In order to abate the travel risk and transmissions amid the devastating pandemic.

During the first leg of the tournament, franchises and players sustained that the IPL bubble is the safest place in India. However, the Indian contingent in IPL did display concerns regarding the welfare of their family members. In contrast, overseas player players address the travel restriction and possible new ruling.

The two Covid-19 positive cases have undoubtedly added fuel to the fire on the second leg of the tournament. Despite the protection and precautionary measures applied to the bio-bubble, critics did question the timing of the tournament. With the insurmountable cases and rising death toll, the streets are filled with conflict and stress.

To this, Amin replied, by playing the team mates are providing hope to the people of India. He then added, “the sport is a possible distraction for the people during the troubled times, even though it is for a short while.”

Initially, the testing process scheduled every five days was changed to two days for strengthening the protection on the second part of the IPL,2021. During this time, the team members relocated to different venues, from Chennai and Mumbai to Ahmedabad and Delhi. The matches on the subsequent venue, thus, started on April 26. A week later, on the third round of testing, IPL confirmed the members of KKR, Chakravarthy and Warrier were found to be positive.

The Kolkata Knight Riders are in the seventh position on the current point table, having won only two games so far in a total of seven matches. Following today’s postponed matches, the Knight Riders were to go up against the Delhi capitals on May 8.

Delhi capitals were also Knight Riders’ last opponent when the two teams played on April 29. Subsequently, the Punjab kings also played against the Delhi capitals on Sunday. Hence after the developments, the teams went under the testing process. Which later came out negative.

Overall, the situation looks under control; however, we cannot be so sure until any further developments or plans are not released. With the aid rolling in from countries around the world. We hope the country overcomes the Covid-19 crisis and its catastrophic impacts. Till then, stay safe and stay inside.