New Crypto Tax Rules: Is It a Death Strike To Game-Fi in India? 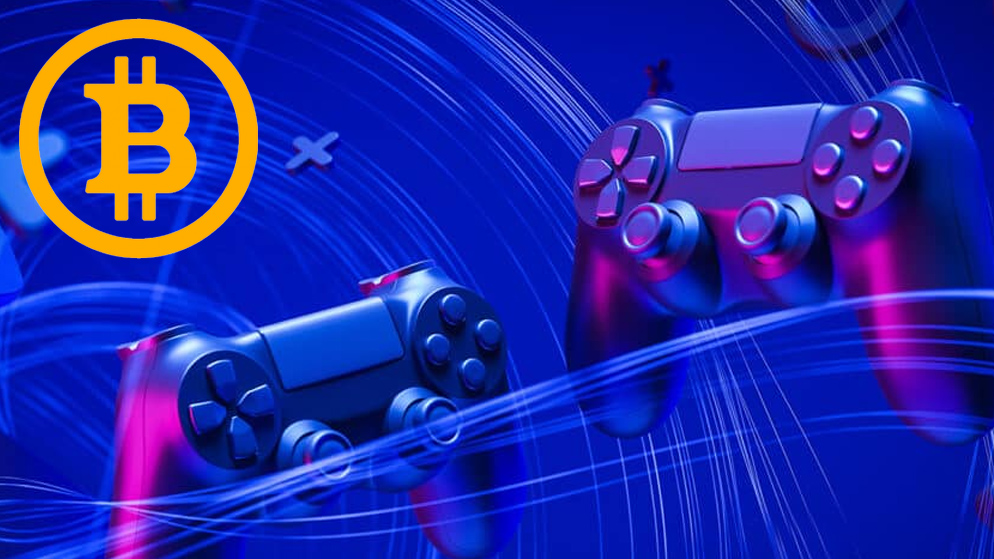 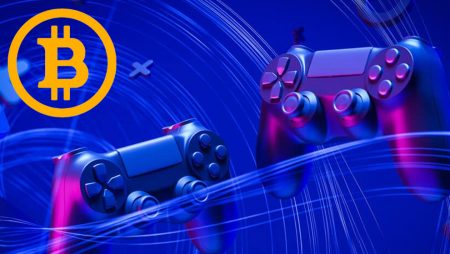 The digital cryptocurrency industry of India is going to have new crypto tax laws to tax digital assets from as soon as 1 April 2022. The Finance Bill with cryptocurrency taxation laws included in the new Budget is approved by the Parliament.

How do these new crypto tax rules affect the Game-Fi industry in India? To know this, read this till the end.

Game-Fi is a word that comes from the combination of two words; Game and Finance. Game-Fi is actually the kind of online blockchain-based game that gives incentives to the players in the form of money. The ecosystem of Game-Fi employs the use of non-fungible tokens, blockchain technology, and cryptocurrencies and builds an imaginary gaming environment. Game-Fi is also referred to as play-to-earn because Game-Fi is played to earn economic incentives.

Generally, Game-Fi’s game-based rewards are earned by the players for completing some tasks or by competing with other players. In some or most games, players are required to progress through multiple levels in the games in order to win and claim the reward. The best thing about the Game-Fi is that you can convert your earned rewards into assets and use them outside of the game in the form of crypto exchanges and trade with them in the NFT marketplaces.

How Does GameFi Work?

As said earlier, the rewards in GameFi can be of various forms and natures. They can be in the form of assets such as costumes, weapons, avatars, tokens and virtual lands. Every GameFi project has its own gaming model and token economy. In some cases, the assets come directly in the form of NFTs, which are based on blockchain and can be used as a trading currency in NFT marketplaces. In some other cases, players will earn tokens and be able to redeem to other cryptocurrencies such as ETH, USDT, etc. through crypto exchanges.

GameFi projects offer additional benefits to the players to help them earn extra money. There are also some games in which the costumes and avatars are only built for visual appeal, and they have nothing to do with the gameplay or the earnings.

Also, some games offer players the opportunity to collect passive income without being involved in the game directly. This could be done by lending their earned assets to other players or simply by staking. Some games allow the players to construct monetized structures on their plot of land.

Why is Game-Fi Popular Now?

The world of GameFi is gaining immensely rapid popularity after incorporating the concepts of digital token assets and decentralized finances. For instance, there is a game called MOBOX, which is BSC-based and incorporates virtual farming using DeFi or NFT collectables.

Besides the new economic model and technology factors, the pandemic also worked as a catalyst in the growth of Game-Fi from last two years. Lots of people lost their job and income due to the COVID pandemic. But they found the chance to earn money for keeping their lives by playing some blockchain games such as Axie Infinity. So, the Game-Fi suddenly becomes a big buzz word in countries that impacted by COVID pandemic badly like Philippine, etc.

The digital trends of gaming and earning became even more hype. Huge amounts of venture capital were invested in blockchain gaming projects. The gaming industry of GameFi is predicted to incline upwards with the current trends.

The nation of Barbados recently opened a diplomatic office in Decentraland’s virtual realm, demonstrating that governments are investing in GameFi initiatives. Furthermore, the UAE is interested in assisting cryptocurrency businesses in the field of gaming. The United Arab Emirates has recently begun investing an undisclosed amount in cryptocurrencies, making it interesting to see how regional government entities might get engaged in the GameFi sector as well.

In the nature of traditional games, they do not benefit players with any financial incentives or returns, and their rewards and avatars are only reserved in the game and owned by the game company only. Then there is the pay-to-play (P2P) model in which players need to invest some money to play the game. For instance, the famous video game  Call of Duty requires players to buy licenses or subscriptions to play the game.

However, the foundation of GameFi projects resides in the play-to-earn (P2E) model, which is a huge revolution in itself. It is very different and unique compared to those traditional gaming modes.

However, keep in mind that everything depends on the model and game design used by the GameFi initiatives. Players can (and should) have complete ownership over their in-game assets thanks to blockchain technology, but this isn’t always the case. Before jumping into a P2E game, be sure you understand how it works and who is behind it.

Another thing to note is that P2E games can be free-to-play and still generate financial rewards for players, but some GameFi projects require you to purchase NFTs or crypto assets before you can play. As such, it’s always essential to DYOR and evaluate the risks. If a P2E game requires a big investment to start and the rewards are small, you are more likely to lose your initial investment.

Let us take an example of a blockchain-based GameFi “Axie Infinity” to understand how the P2E model works.

Axie Infinity is one of the most popular play-to-earn games to play. This NFT game was released in 2018 and has been gaining increasing popularity since then. In this game, the players earn SLP tokens by using their Axies or NFT pets. The players are required to complete daily tasks and fight against other players. If the player successfully reaches a certain PvP rank, they are rewarded with AXS rewards. Also, the new axies can be bred with AXS and SLP. They can be utilized in the game or traded at NFT marketplaces.

In addition to selling and buying Axies, players also enjoy the liability to lend their Axies to other players. This benefits them from continuing to earn without even playing the game. In the world of GameFi; this process of lending Axies is called “Scholarship”. The ones who borrow are called scholars. This scholarship model helps both the owners and the scholars. The owners can make passive income without playing, and scholars play without any investments. Usually, the reward earned from the game is divided equally among both: the owner and the scholar.

India has finally released the new crypto tax regime in budget 2022-22. According to the new tax rules, a flat 30% of income from digital virtual assets will be taxed. It also mentions that no set-offs will be allowed in case of any losses, and the tax will be applied to the recipient of virtual digital assets in the form of gifts. The new tax rules are widely accepted by crypto experts across the industry. Also, most famous crypto tokens, including but not limited to Bit Coin, SOL, DOGE, ADA, WRX, MATIC, and ETH, have shown no negative impact from the new rules.

The Finance Minister of India has also suggested the provision of TDS on payment made with the transfer of virtual digital assets at the rate of 1 per cent above a monetary threshold. Therefore, all cryptocurrency transactions will be subject to a 1% TDS by the government. This is the largest setback for retailers, according to the industry. This employs the fact that regardless of whether you make a profit or a loss, you must pay 1% TDS. The laws relating to 1% TDS will take effect on July 1, 2022; and gains will be taxed on April 1 of that year.

The new tax rules will have a negative impact on the GameFi ecosystem in India as fewer GameFi projects will be partnered with gaming hubs and guilds. It will surely decrease the reach of the gamers as well. But you should not worry about the declining opportunities of GameFi, because we have the best alternative to that; Fantasy sports games.

Actually, P2E is not a brand new concept. Many gamers have traded virtual equipments to make money on some classic online games like World Warcraft and Diablo for a long time. There have been many other alternatives to play-to-earn for India gamers. And the most popular alternative is “Fantasy Sports.”

Fantasy sports are one kind of predictive skill game where you assemble a virtual team of professional athletes. Athletes’ statistics in real world match are turned into fantasy points. The more fantasy points your team earn, the better chance you can beat other competitors. As its name suggests, the fantasy sports industry is quite a fantasy when we look at its history. The way in which it has evolved and grown is undoubtedly legendary.

You play against other managers and their teams in this game. Every one manages a roster by adding, dropping, trading, and selling players to maintain winning.

The most famous Indian fantasy sports gaming platform is Dream11. It is a fantasy sports game offering fantasy cricket, football, kabaddi, hockey, and other sports. The Dream11 platform allows users to compete with other fantasy sports enthusiasts by creating a team of real players and join contests for an upcoming match. The winners of contest will get winnings based on their rank and they can request cash out to real money to their bank account after deducted the income tax up to 30%. This is how the P2E concept be implemented on Dream11.

Another alternative is a fantasy sports game called “Legend Fantasy.”

Legend Fantasy is one super nova star of India fantasy sports market. Legend Fantasy is a very popular fantasy cricket app where games can be played with friends or even individually. This game gives you the opportunity to play and win exciting rewards in the form of smart TV, Air Pods and other exciting gifts.

To conclude, GameFi has quickly grown into a multibillion-dollar industry by merging two things that people already enjoyed: video games and making money using cryptocurrency. However, it turns out that the play-to-earn paradigm has the unwelcome side effect of turning even tiny acts in a video game into taxable events.