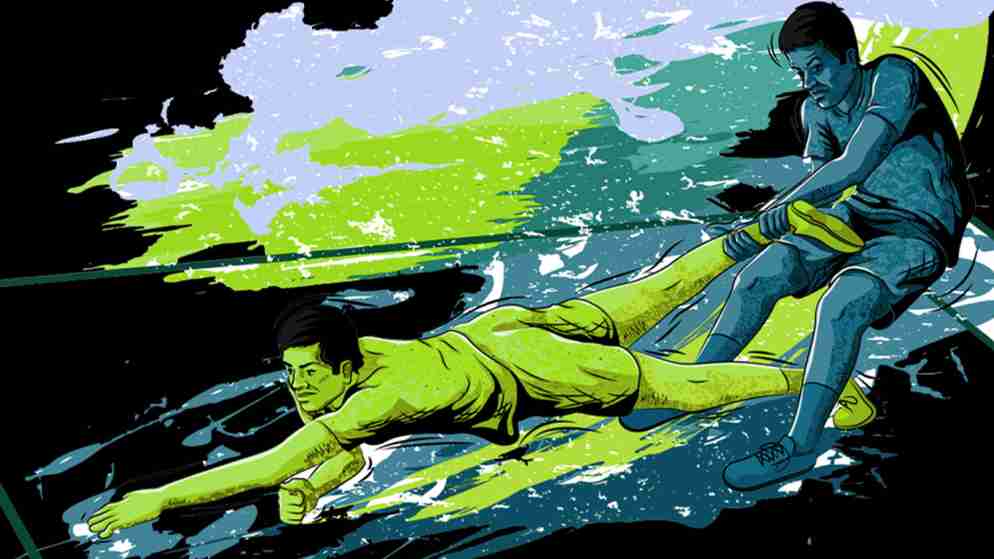 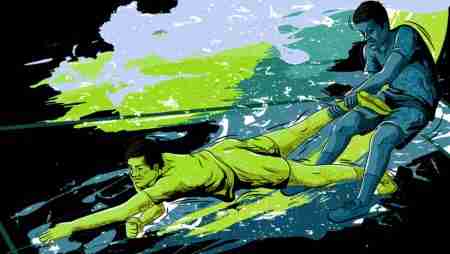 From mud to the mat, Kabaddi, over the years, has transformed tremendously. The contact-team sport has been around for who knows how long. But as a competitive sport, the game surfaced in the limelight in the 20th century.

The gameplay is pretty simple. Kabaddi is played between two teams; each encompasses seven players, and they have to alternate between raiders and defenders.

So, the objective of the raider is to tag out as many members as he can from the opponent’s team, avoid a tackle and return safely in 30 seconds in a single breath. Every defender he touches lands the team one point. For the defenders, every raider they tackle earns them one point.

Players are out of the game if they get tagged or tackled; however, they are brought back in the game for every point the team makes.

Although bonus point can’t bring back eliminated players, it has a great value. For any team to achieve this point. The raider has to cross the bonus line, with one foot and the other trailing in the air. At the same time, avoiding getting tackled, keeping the basic rule alive.

It takes only the skilled and agile player to gain the bonus score for their team.

When a raider comes short and returns to his half with tagging any opponent, this is called an empty raid. This also can be applied as a strategy by the team to kill off time. But if the empty raids in consecutive order, the third raid in the DO or DIE raid.

If the player returns empty-handed again, the opponent earns a point and a chance to bring one of the eliminated members.

Suppose a team can tackle their raider with three or fewer members. This move is known as Super Tackle and earns the team two points. However, only one of them can be used to bring the eliminated player back.

In the case of Super Raid, the raider has to tag three or more players. The points are earned similarly as a super tackle. One specific point while the other one is a bonus point.

This is a simple process of reviving players with the help of points. As a raider, the player can revive multiple players by their touch scores. However, for the defender, even the super tackle only brings a single point.

Revive and eliminations work simultaneously so, the first point revives the first one to get eliminated.

When a team loses all its members, it is called an all-out. Wiping the entire team can gain the opponent two points. And the game resumes with all the players revived.

Some of the major leagues for Kabaddi competitions are:

How to Bet Kabaddi Online on Crickex?

If you enjoy Kabaddi, you must have tried your luck on many online betting sites. Crickex one of the few sports exchange websites that assures you a whale of a time with Kabaddi. The main highlight of Crickex is its easy, safe, and lightning-fast deposit and withdrawal procedures.

Now to punt on your favorite kabaddi sport, just sign with Crickex. Once you land on the main page, you can register seamlessly. To place a bet, you must deposit funds through a myriad of ways Crickex offers its players. You can use Paytm, UPI, Rupee-O, Phone Pe and many more. But if you are signing up from Bangladesh and supporting your national sport. You can use bkash, rocket & Nagad that is readily available.

Crickex brings you a wide range of markets for online betting on Kabaddi. Not just that, the sports exchange site has free live streaming that, as a member, you can use to its full advantage.

Usually, an online bookie doesn’t offer a lot of options when it comes to Kabaddi. Not many sports betting websites have ventured into this beautiful sport. But with Crickex, you get a chance to tap into an extensive betting market with ample availability of tournaments.

It is the same process you have been using, pick your favorite team (home or away) and search for favorable sports and bet away. If you are a beginner in the betting game of the sport, it might take some time to get used to it. When you win the bet, withdrawing the winnings can’t be simpler. All you have to do is add your correct bank details; within few hours, the money is in your account.

Albeit its popularity, Kabaddi has yet to receive the shine it deserves, but as sites like Crickex tap into such sport. Eventually, we might be able to witness the growth much like any other sport. Till then, don’t forget to support your favorite team.