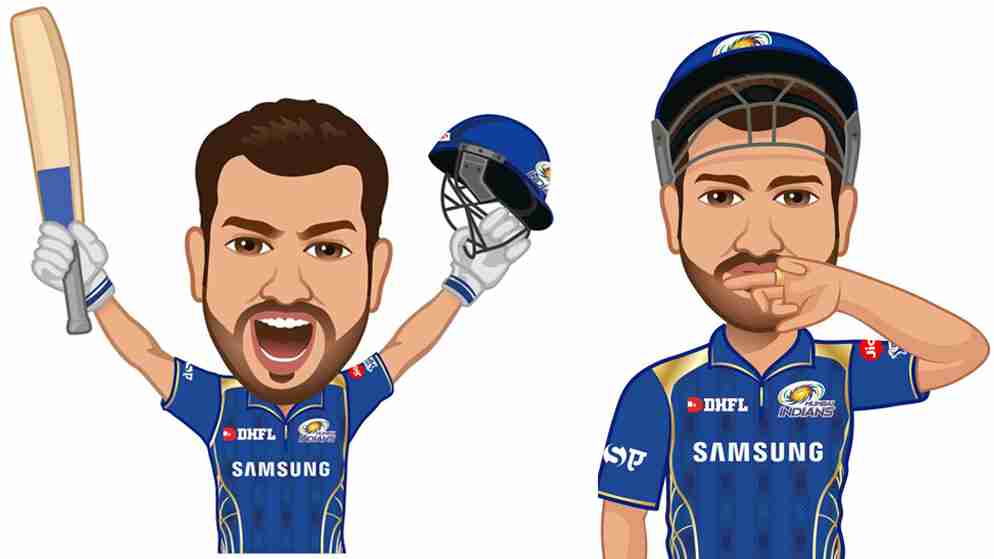 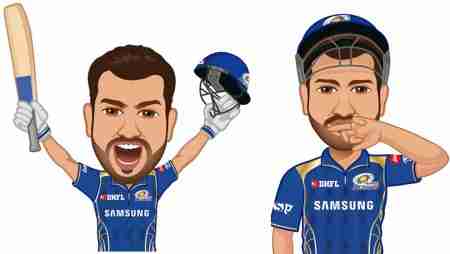 Rohit Sharma, also known as “The Hitman,” is a gifted right-handed opening batsman. The captain of the Mumbai Indians IPL team has been praised for his hard-hitting ability in three double-centuries in ODIs as a batsman, occasional right-arm off-break bowler.

Starting from the young age of 19, the Indian cricketer holds an impeccable batting record in the limited-overs formats. Rohit Sharma is one of the successful captains so far, having led his team four title wins since his leadership.

The stylish right-hander began his A-list debut for West Zone against Central Zone in Deodhar Trophy. Having scored 142 in 123 balls against North Zone, it was a turning point for Rohit Sharma. His calm and balanced performance earned him the deserving praise leading him to the captaincy of Mumbai Indians after the retirement of Ajith Agarkar.

Rohit Sharma has one of the eminent and IPL Careers from the bunch. He emerged in the IPL from 2008 after being signed by the Deccan Chargers franchise a grand contract of $750,000 per year.

Although the cricketer was chosen for his batsmanship, he proved his worth as a sportsman from an exemplary bowling skill. Dismissing players like Abhisekh Nayar, Harbajan Singh, and JP Duminy, Rohit earned his first-ever hat-trick against Mumbai Indians.

The Mumbai Indians signed the contract with the outstanding cricketer for $2 million in the next auction. Ever since that, the player has stayed with the franchise leading the team to victory one after another. Apart from the meritorious captaincy, Rohit Sharma is the third-highest –scorer, right after Virat Kohli.

In 2007 Rohit Sharma made his first debut in a One-day match against Ireland in Belfast. Fast forward, 2012, having scored only 168 runs in the whole year. It was a dreadful year for the batsman.

But that soon changed in the 2013 ICC Champions Trophy when he opened Indian innings with Shikhar Dhawan. This venture was the second most prosperous opening partnership after Sourav Ganguly and Sachin Tendulkar.

The attacking opening batsman scored the highest individual score in the single inning—a whopping 264 from 173 deliveries against Sri Lanka.

The gifted batsman made his first appearance as a test cricketer in November 2013. Standing out in the limelight, Sharma scored 177 runs in the debut game and another century in the next match.

In the 2018-19 tour to Australia, the batsman was selected to be a part of the first-ever Indian team to make the triumphal win on Australian soil.

In the 2007 ICC World Twenty20, Sharma emerged victorious with his team having won the World Cup. By 2015, the cricketer had already bagged the title of a second-century scorer in all three international formats. A few years ahead of the line, Rohit was right behind Virat and on the fifth overall to score 2,000 runs in Twenty20 internationals.

Rohit Sharma’s records stand him out in the crowds; let’s go down some of his best achievements.