Six games that define the India vs Bangladesh rivalry 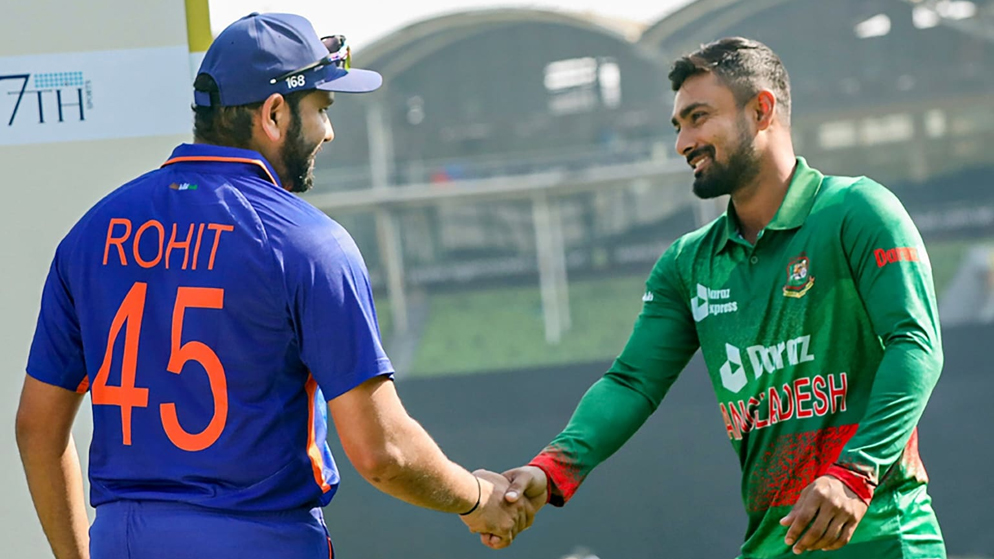 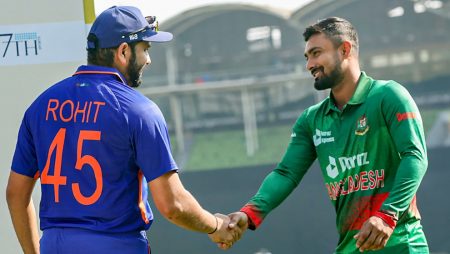 The India vs Bangladesh rivalry in cricket is still in its infancy and may hardly be considered one if seen from an on-field perspective against the backdrop of the Ashes, India-Pakistan, or even India vs Bangladesh. Yes, there are linguistic, cultural, and historical linkages between the two nations as well as a shared political history. In Bangladesh, cricket has a fervent following, but due to the national team’s inconsistent on-field performance for an extended period of time, any victory was unequivocally labeled an “upset.” And for any sporting rivalry to continue over the long term, the sides must be evenly matched.

Even players like Shakib al Hasan have been forced to appeal for some decorum from the fans as a result of the two sets of supporters freely engaging in both banter and slander in the age of social media, giving the competition a spiky edge.

Six Games That Define The India Vs Bangladesh Rivalry

Here is a look back at some of the key matches that have molded this rivalry as India prepares for its first tour of Bangladesh in seven years.

Following their victory in the 1997 ICC Trophy, a great deal of cricketing diplomacy led to Bangladesh gaining Test status. Jagmohan Dalmiya, the head of the BCCI, was one of the key advisors who helped lead Bangladesh to the promised land of Test cricket as plans were made to win votes at the ICC table. Fittingly, India crossed the border with a complete team to play this youthful team in November 2000.

The Naimur Rahman-led team demonstrated during the first two days of that historic test that they weren’t there merely to celebrate and fill seats. Aminul Islam scored an outstanding 145 runs, Habibul Bashar added 71, and others cheered to lift the squad to 400. As a result, India’s renowned lineup went down to 236 for 6 when Sunil Joshi’s 92 helped them gain a slim 29-run advantage. The Test match rookies eventually succumbed to their inexperience and collapsed for 91 in the second innings, handing India the victory. But something had been said.

In many ways, the seeds of the current rivalry were planted in Port of Spain during the 2007 World Cup, giving all ensuing matches a totally different flavor. Mashrafe Mortaza, a seam bowling prodigy, stunned India, which chose to bat first, before being choked by the left-arm spin duo of Abdur Razzak and Mohammad Rafique. India only managed to earn 191 runs, losing six players to single-digit scores and three others to ducks. The next generation’s cool kids, Tamim Iqbal, Shakib Al Hasan, and Mushfiqur Rahim, hit 50s in their pursuit to bring the side in.

Bangladesh finally emerged from the shadows at that time. Along with eliminating India from the World Cup, they also burst a sizable ego bubble. It was so influential that it served as some type of benchmark for all subsequent games between the two teams, no matter how unimportant they were. Shakib Al Hasan and MS Dhoni discussed the effects on the players during their pre-match interviews when the teams rematched four years later in the curtain-raiser match of the 2011 edition.

India, commanded by MS Dhoni, was positioned on the other side. And for a significant portion of the first innings; Bangladesh kept the defending champions in check despite having both of their top three batsmen, Shikhar Dhawan, Virat Kohli, and Ajinkya Rahane, in the pavilion. India’s innings was being led by Rohit Sharma and an animated Suresh Raina. When Rohit reached 90, Rubel Hossain bowled to him, and he was caught at deep midwicket. However, umpire Aleem Dar called a no-ball for what Bangladesh believed to be an over-the-waist full-toss. India scored 302 to win, and Rohit went on to knock out 137 more runs.

After the game, Mustafa Kamal, the then – ICC President; threatened to resign because of the quality of the umpiring, which he claimed was “pre-arranged.” “I am unable to speak for the “Indian Cricket Council.” No one can accept a result that has been foisted on us in that scenario. “Even as the nation’s newspapers responded strongly to the defeat, he told the Bangladeshi media. The Dhaka Tribune’s title stated: “Tigers collapse to controversial calls;” while the Bengali daily Kaler Kantha’s headline stated: “The dream run ends in umpiring scandal.”

In the end, only a few months after that loss in Melbourne; Bangladesh demonstrated their improvement in the ODI format by defeating India twice to win the home series 2-1. Mustafizur Rahman has emerged as the new face of Bangladesh cricket.

Bangladesh had heartbreak in Bengaluru at the T20 World Cup the year after Melbourne, which made them reflect heavily on their frustration with outside influences. After yet another impressive bowling display up front reduced Bangladesh to chasing a manageable target of 146; which trickled down to 2 off 3 when Mushfiqur Rahim hit Hardik Pandya for a pair of boundaries in the game’s final over, they had their second World Cup victory over India pretty much locked up. He too started to rejoice after the second of those four. In the end, he managed to pull the subsequent ball to deep midwicket’s throat.

Off the subsequent ball, Mahmudullah followed suit, leaving Bangladesh needing two goals off one. The hitters scampered for a bye; and Shuvagata Hom played and missed the penultimate delivery; but they were unable to outrun Dhoni’s rush from behind the stumps. The Bangladeshi supporters in the crowd broke down in tears.

Following the horrors of that 2016 match; India vs Bangladesh met once more in a crucial Champions Trophy match that their opponents handily won. The nations met in two finals the following year; and each of them made a significant contribution to the history of these competitions. Bangladesh totaled 166 in the Nidahas T20 Trophy in March, leaving India needing an unlikely 34 from 12 balls. Here comes Dinesh Karthik. Rubel Hossain, the team’s finest bowler up until that point in the game, was the source of India’s No. 7’s 22-run heist, which reduced the equation to 12 from the final over. Karthik, though, hit a flat six over extra cover to secure India’s victory with one out left and five runs needed to win.

The two nations faced off in the 50-over Asia Cup final at Dubai six months later. The Liton Das-driven total of 222 should have been fairly simple to chase down; but India struggled against Bangladesh’s accurate bowling and had one of their last frontline hitters, Kedar Jadhav, dealing with a hamstring issue. When more wickets fell, he was summoned back to the dressing room before being sent out once more. However, he persisted, and India finished the game with him in a thrilling last ball.

Bangladesh did defeat India in the final, but the colts did so in the Under-19 World Cup final of 2020, which was also filled with tension and animosity.

6. Despite the teams’ points in the table being tied, 2022 captain

Shakib Al Hasan predicted his team’s prospects before the game in the scenario of a wet outfield. But this was still a T20 World Cup match between Bangladesh and India. And there was drama in the most recent episode of this conflict. With Das at the helm, Bangladesh resumed chasing and had a wonderful start with his 60-run powerplay. When the rain finally stopped; they were chasing a revised target of 85 from nine overs after the heavens had opened.

In the current T20 standard; it is very commonplace, especially with 10 wickets in hand and India having to bowl with a wet ball. In actuality, India took advantage of the opportunity to eke out a five-run victory after Das fell while running and was run out off the second ball. The BCB’s cricket operations head stated the umpires had ignored Shakib’s request for a little delayed restart and that they would bring up the questionable umpiring in an “appropriate venue” after the game; during which Nurul Hasan accused Kohli of false fielding.