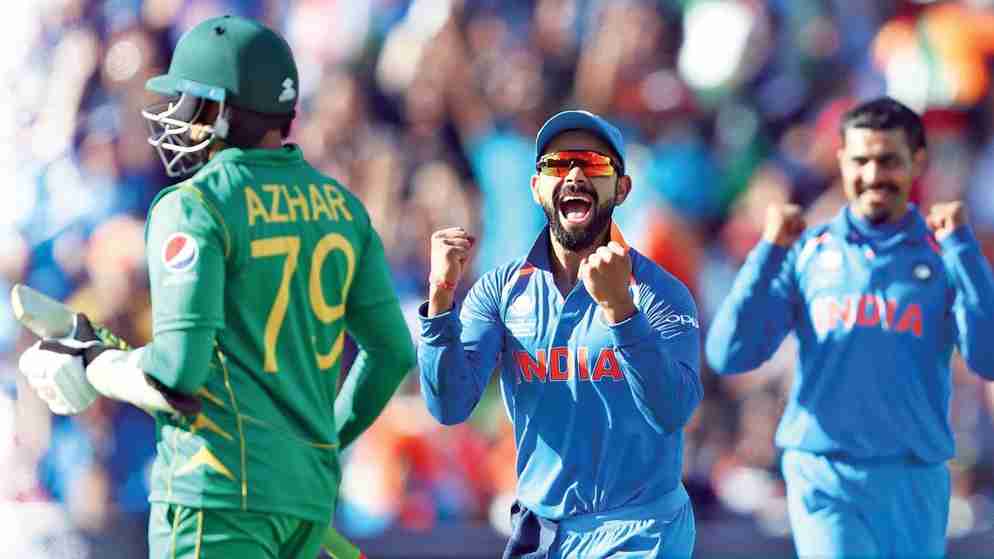 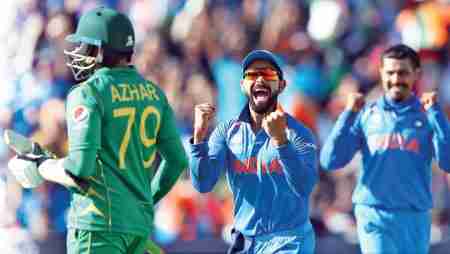 The International Cricket Council (ICC) announced the fixtures for T20 world cup on Tuesday. As per the Super 12s Group 2 game schedule the long-time arch-rivals, India vs Pakistan will open the match on October 24 in Dubai.

First round of the T20 world cup, 2021 will begin on October 17 in Oman. While the finals scheduled for November 14, with November 15 will be played on Dubai. Both of the dates are reserved.

According to the ICC schedule India will face New Zealand on October 21 in Dubai after clashing with Pakistan. Soon after, the next match is fixed for November 3rd withAfghanistan in Abu Dhabi.

In the first round of the tournament, Bangladesh takes on Scotland while Papua New Guinea goes against Oman on October 17.

The second round of tournament begins on October 23, Australia faces South Africa and England goes up against West Indies in Abu Dhabi and Dubai respectively.

Alongside the big-ticket encounter of arch nemesis, India and Pakistan in the round also includes England and Australia on October 30 in Dubai. Besides England, Australia the Group 1 of the super 12s, incorporates South Africa, West Indies. With the two first round game qualifiers filling the remaining positions. The Group 2 consists of India, Pakistan, New Zealand, Afghanistan and the remaining two qualifiers.

Group 1: England, Australia, South Africa, West Indies, A1 and B2.

Group 2: India, Pakistan, New Zealand, Afghanistan, A2 and B1.

Two top-tier teams from both the Super12s group will go against each other in Semi-finals. Much the finals, there will be reserve dates for the semi-final’s games. With first match scheduled in Abu Dhabi and the second in Dubai on November 10 and 11. November 14 and 15 are reserved for the finals with the venue being Dubai.

Group A and B

Sri Lanka, Ireland, Netherlands, and Namibia from Group A feature in the first round of T20 Men World cup, 2021. While in Group B the co-hosts of the tournament Oman sit alongside Bangladesh, Scotland, and Papua New Guinea. This year T20 WC is co-hosted by Oman and United Arab Emirate (UAE).

According to Sourav Ganguly, the BCCI president, stated, choosing Oman as a second venue will put the country in frame of world cricket. Thus, the first round is scheduled in Oman, Abu Dhabi and Sharjah and the second round will be played in three venues of UAE, Abu Dhabi, Sharjah, and Dubai.

India and Pakistan lock horns in the T20 WC after two years. In 2019, the two went against each other in the 50-over World Cup of 2019 in England. Due to heavy political tensions, countries are rarely tied against each other and paired with one another only during multi-team tournaments.

Babar Azam, the Pakistan Captains added, they feel at home playing in UAE given they have played in the venue consistently. Furthermore, he stated, the side is looking forward to opening the campaign.

For Pakistan, the ICC Men’s T20 World Cup 2021 is like a home event as the UAE has been our venue for more than a decade. We have not only nurtured our talent and developed our side in the UAE but have also beaten the top sides in these conditions to peak to number-one in the ICC T20I Team Ranking.

The captain added, this will be his first major ICC event as the side’s captain. Furthermore, Azam reminisced about the success of 2017 clash with India and the huge let down in 2019, despite beating both finalists.

The ICC World cup will be brilliant as the standards of cricket around the world has advanced a lot more. Hence, giving opportunities to competitors a fair chance to take the title home.  It will be a close and competitive world cup so far.

Initially the world cup was to be held on Australia though it was later postponed due to the pandemic. Followed by the change, the marquee event was set to play in Indian soil on October. However, the complications of Covid-19 in India forced another venue change. Finally, UAE and Oman became the chosen one, while the tournament is to be hosted by India as per the decision made by ICC.

In addition, the 2021 T20 World Cup is still due to be played in the Australia next year.