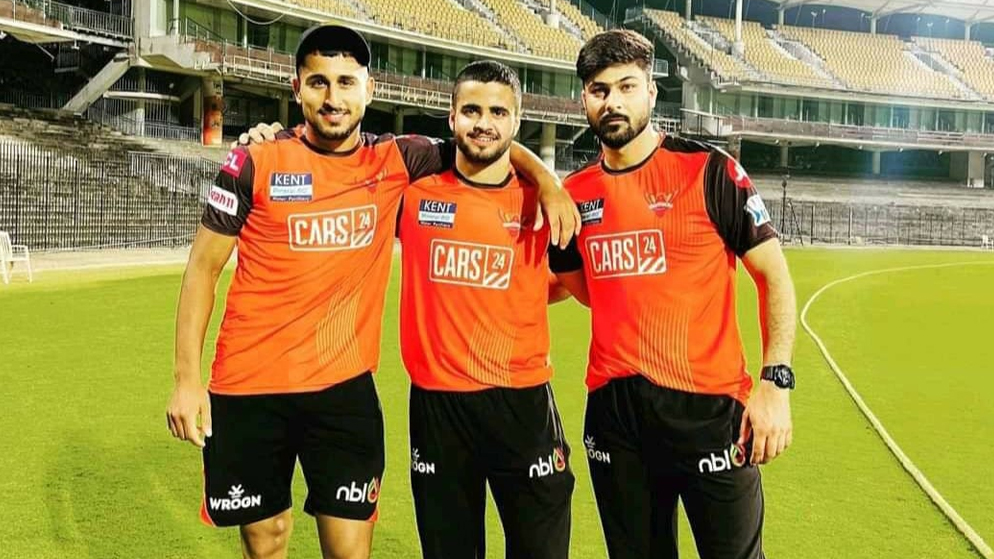 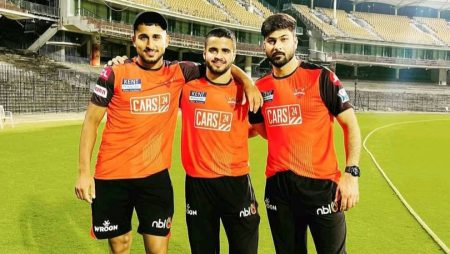 A little famous Indian all-rounder suddenly came into the limelight in the IPL 2023 mini-auction held on Friday, 23 December 2022, in Kochi. Vivrant Sharma will always remember this auction because he secured a bumper deal. However, not all knew about him when his name was announced during the IPL 2023 auction. It is a fact that everyone at least remembers his name by the time Sunrisers Hyderabad bought him for 2.6 Crores. He is a young all-rounder and belongs to Jammu and Kashmir.

Vivrant is 24 years old and still a rookie in senior cricket. He played 2 first class, 14 List, and 9 T20s for Jammu and Kashmir teams. During the mini-auction, he enters the auction for just 20 lakhs. The mini bidding war between Kolkata knight Riders and Sunrises Hyderabad was started. Both were raising their paddles to get the services of Vivrant. Eventually, Hyderabad took the lead and got him a massive amount of money.

Debut and Career of Vivrant Sharma:

Vivrant made his first-class debut a week before in the Rani Trophy game against Madhya Pradesh. The List-A debut of Vivrant Sharma came against Saurashtra in 2021. However, he played his first T20 against Andhra Pardesh in 2021. He scores 72 runs in 2 Ranji Trophy matches. In addition, he scores 59 runs and 8 wickets in 14 ODI matches. In nine T20 matches, he scored 191 runs and got 6 wickets.

Moreover, his maiden List-A 100 for Jammu and Kashmir came in the winning cause on 23rd November. He remained unbeaten on 154 runs off just 124 balls. Vivrant plays a major role in the chase as well as in the victory of the team. Jammu and Kashmir complete the chase in 42.2 overs and just 1 wicket loss. He joins the IPL SRH franchise at a very high price and will be hoping to get a game.

Due to the impressive performance of Vivrant this year, Jammu and Kashmir created history by qualifying for the quarter-final of the Vijay Hazare Trophy tournament. During the 8 matches of Vijay Hazare’s trophy, Vivrant Sharma scored 395 runs with an average run rate of 56.43. However, his highest score is 154 runs in just 124 balls against Uttarkhand. This outstanding inning of Vivrant helped J&K earn their maiden knockout berth in the tournament’s history. Just before the Vijay Hazare trophy tournament, Vivrant scored 69 runs from just 62 balls.

In this match, Jammu and Kashmir chased down the mammoth 343 runs against the defending champion Madhya Pardesh of the Ranji Trophy. In the highest scorer’s lists in the Vijay Hazare Trophy, he stands at 18th place, while in the list of highest individual score lists, Vivrant was at 13th place. On average, he finishes in 52nd place. Moreover, in the list of most sixes, he stands in 18th place with 11 sixes. He also stands at number 9 in most four lists, with 50 fours in the tournament. During the group stage matches, he also took four wickets for his team.

Vivrant took up the sport as his elder brother Vikrant used to play club cricket in Jammu and Kashmir. At 12, he starts playing cricket as a right-hand batter. After he paid attention to his brother, who would bat left-handed, he also decided to become a southpaw. However, with his addition to the IPL side now. Furthermore, he becomes the 7th cricketer from Jammu and Kashmir to get into a cash-rich league. Parvez Rasool, Rasikh Salam, Abdul Samad, and Umran Malik have played in IPL from Jammu and Kashmir. While Manzoor Pandav and Yudhvir Singh were part of the IPL teams, they didn’t get the chance to play.

The match-winning innings of Vivrant in the Vijay Hazare Trophy attract the IPL franchises. Suddenly, he becomes in the news, and in the mini-auction of IPL 2023, he gets a contract worth Rs. 2.6 crores from Sunrisers Hyderabad. However, KKR fought hard for Vivrant Sharma, but he was eventually sold to Sunrisers Hyderabad. Undoubtedly, the franchise made a big investment in a youngster with very little experience in cricket’s shortest format. Furthermore, he will join his Jammu and Kashmir teammates, Umran Malik and Abdul Samad, in the Sunrisers Hyderabad camp for IPL 2023.

Vivrant is a batting all-rounder from paradise, Jammu, and Kashmir, India. He suddenly got famous after a blistering inning of 154 runs against Uttar Pradesh in the Vijay Hazare Trophy. Vivrant Sharma now becomes part of IPL 2023. Sunrisers Hyderabad bought him for a whopping 2.6 crores, drawing the highest bid among the uncapped all-rounders.