What is the design behind team India’s New jersey? 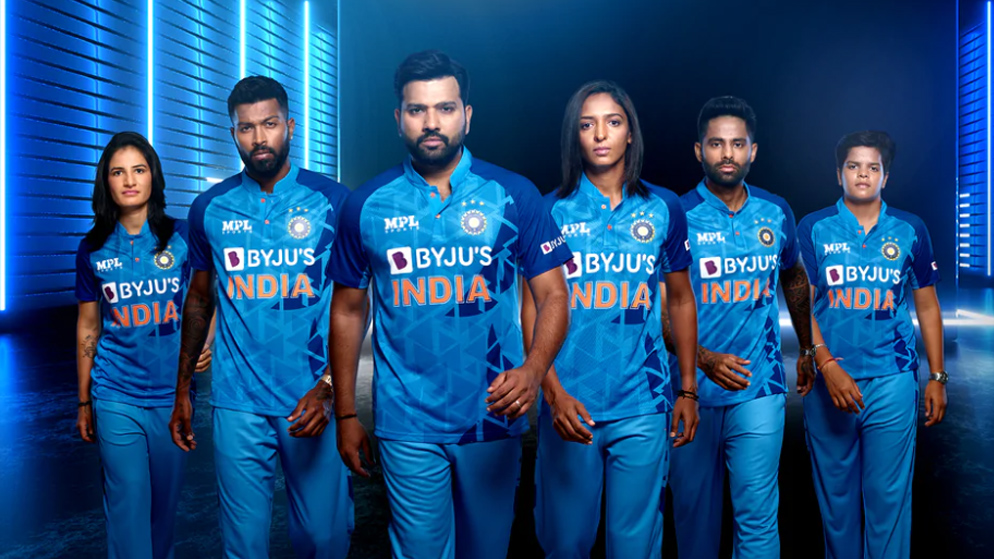 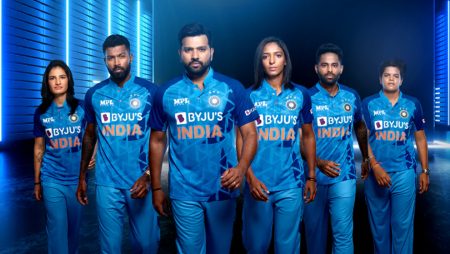 India is the defending champions of the Inaugural ICC T20 World Cup and will be looking to win the title after 15 years; when the tournament is held in 2022. The tournament is scheduled to be held in October-November. The Indian team will be sporting a lighter shade of blue for the first time since the 2007 T20 World Cup. In this article, we take a look at the design behind India’s new jersey for the upcoming tournament.

What is the design behind team India’s New jersey for 2022 T20 World Cup?

The new jersey is the lighter shade of blue used in the 2007 T20 World Cup. The shoulder patch is kept on the darker side of the blue while the rest of the kit is a lighter sky blue. In the center is the name of his Indian shirt sponsor, Byju’s; placed just above “INDIA” and the shirt sponsor His MPL emblem is placed in the upper left corner. As usual, the BCCI logo remains in the upper right corner. His three stars, just above the BCCI logo, symbolize his World Cup victories in 1983, 2007 and 2011. The light blue triangle on the shirt represents the energy, spirit and power of Indian cricket fans. The kit also includes dark blue petals inspired by his BCCI logo, which means merit and loyalty.

The men’s team will wear the new kit for the first time in the first game of his three-game T20I series against Australia on 20 September at Mohali.

The Men in Blue this time around are a strong force, but there are some concerns along the way.  The duo of Rohit Sharma and his head coach Rahul Dravid will be in trouble after a disastrous 2021 ICC T20 World Cup for him; I know fans can’t excuse this time. The team are doing well after beating England and the West Indies at home. The likes of Arshdeep Singh and Harshal Patel have been shown to be deadly all the time.

What is the design inspiration behind Indian team’s jersey for 2022 T20 World Cup?

A statement released by the shirt’s sponsor said; “This shirt pays tribute to its legions of fans across different genders, ages and geographic boundaries. It is a universal symbol of the fusion of energy, spirit and power. Designed with an equilateral triangle pattern, it celebrates the unwavering support of the fans who stood by the team.”

Team India’s new T20I jersey was unveiled by the Indian Cricket Control Board (BCCI) on Sunday. The all-new kit features a light azure tone on the front and a darker tone of royal blue on the sleeves. The kit will debut in his T20I series in his three games against Australia scheduled to start on September 20th.

It is important to mention that for the first time in Indian cricket history the team jersey was not revealed by the national team. The jersey was a shade of blue and was called the “One Blue Jersey”. That aside, here’s what the new team means for his kit.

The all-new design is sure to be a hit with fans and players alike. It perfectly encapsulates the spirit of Indian cricket and is sure to inspire the team to success in the T20 World Cup.

Difference between the new and old jersey

The new Indian jersey for the upcoming T20 World Cup features a more traditional design with a light blue. The old jersey had a more modern design with a white base and blue stripes.

The new jersey also has a V-neck collar, which is a nod to the traditional Indian clothing. The old jersey had a round neck collar.

Looking at the design of Team India’s new jersey for the 2022 T20 World Cup; it’s clear that a lot of thought and care went into its creation. The colors are eye-catching and vibrant, and the overall design is both stylish and practical. It’s obvious that the team put a lot of time and effort into creating a jersey that would not only look good on the field; but also be comfortable and functional for the players.