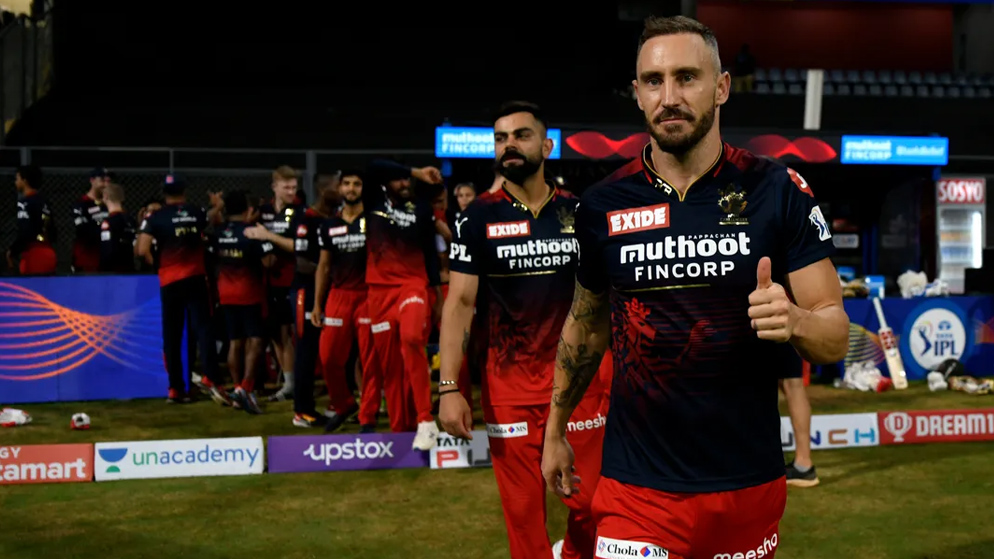 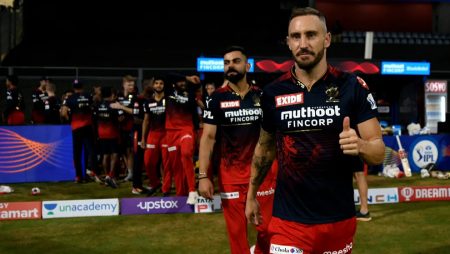 To win the IPL 2022, the Royal Challengers Bangalore team management will consider making several adjustments. In addition, the absence of players like Glenn Maxwell and Josh Hazlewood has harmed their chances. The Australian duo is anticipated to join soon.

Talking about the previous match, Faf du Plessis struck brightly with the bat in their opening match of the 2022 season, reaching 88 off 57, but could not secure a win on his IPL captaincy debut. The team endured heartache after failing to defend 205 runs total at the DY Patil Stadium in Navi Mumbai due to an inadequate bowling effort.

Opting for Virat Kohli to open with Faf du Plessis

The RCB team got off to a slow start in the powerplay, with Faf du Plessis trying to get going and Anuj Rawat hitting a few dot balls before being dismissed on 21 off 20 balls. In this regard, the team management may let Virat Kohli express himself as an opener.

Kohli has scored 2750 runs in 76 innings at an average of 43.65, while also hitting five tonnes and 18 half-centuries as an opener in the IPL. He appears to have played at the third base position in 86 innings of the tournament, with a slightly lower average of 37.49.

Although Kohli was undefeated on 41 off 29 balls in the first game, the consistency and confidence he brings to the squad as an opener in the powerplay are unrivalled. We believe, Kohli along with Faf du Plessis can be the best opening tandem for the Royal Challengers Bangalore and a wise move to win IPL 2022.

The RCB team’s bowling strategy failed in the first match, as the Punjab Kings chased down their score in 19 overs. Faf du Plessis, the skipper, was late in bringing in important bowlers Wanindu Hasaranga and Harshal Patel to the bowling attack. The opposition openers had already scored 60+ runs in the powerplay overs.

Hasaranga entered the fray in the eighth over and promptly dismissed Mayank Agarwal, who was going all guns blazing. However, with Mayank and Dhawan laying the groundwork; the batsmen who came in after them played with ease, allowing them to quickly chase the score down.

Can’t deny the fact that Hasaranga, the World T20 2021’s leading wicket-taker with 16 dismissals in eight innings; has been fantastic with the new ball in recent rounds and can open the floodgates with his line and lengths.

Akash Deep, a Bengal bowler, went for too many runs in his first IPL encounter. He returned a figure of 1/38 from three overs and did not bowl his full quota of overs. Siddarth Kaul, an experienced right-arm pacer, can take his place.

Kaul has established himself in the IPL throughout the years. In the 2018 season of the tournament, he took 21 wickets in 17 matches for Sunrisers Hyderabad; assisting the side to a playoff spot and eventual runner-up finish.

The emergence of Harshal Patel was one of the biggest benefits for RCB during last year’s IPL. RCB were keen to find a bowler who could be economical, take wickets, and lead their bowling attack, as they were known for their batting power but weakness in bowling.

While his prowess with the ball frequently leads to his being considered solely as a bowler; Patel is an all-rounder who can also bat. This makes him an even more important member of the squad. He will be expected to contribute not only with the ball but also with the bat.

There can be no doubt about Dinesh Karthik’s worth as a player. His signing at RCB demonstrates the team’s confidence in his potential to help them win the title. Karthik is one of the most seasoned players in the IPL. He has been competing in the event since its inception in 2008.

He has played for several different franchises throughout the years, appearing in 213 IPL games and scoring 4046 runs. RCB will rely on his expertise and ability to remain calm under duress to give middle-order steadiness.