Will Umran Malik be playing for India soon? 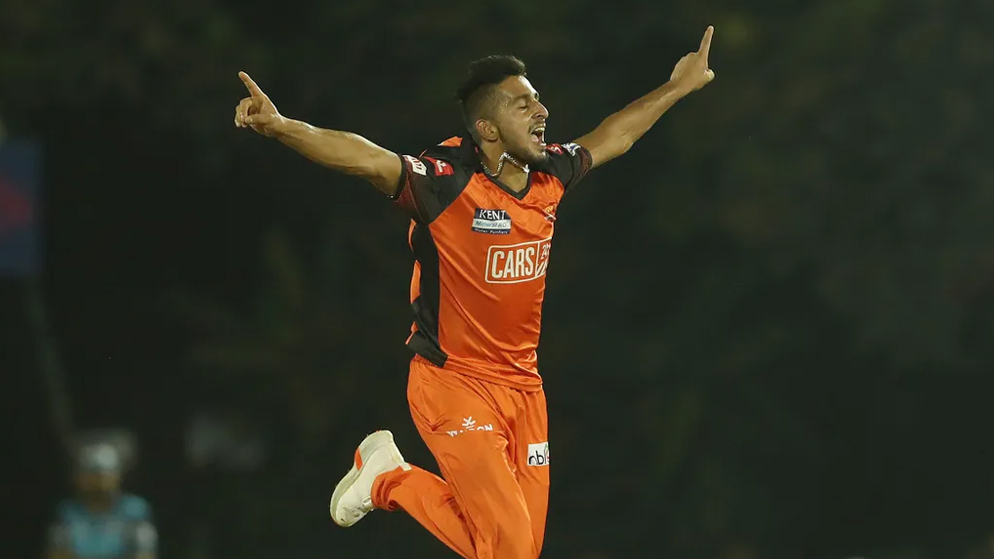 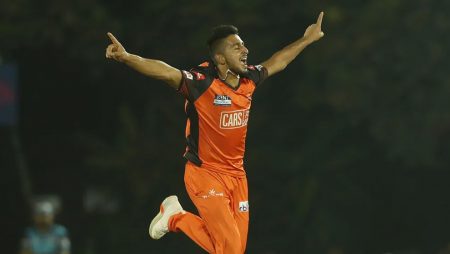 When left-arm bowler T Natarajan tested positive for COVID-19 in the second phase of IPL 2021, Umran Malik was offered an unexpected opportunity to wear the orange jersey in the IPL. Last season, the Jammu and Kashmir speed bowler only appeared in three games. And that was enough for the extraordinary talent to showcase himself.

At that point, the squad seemed to be lacking in cohesiveness, conviction, and continuity. And the SRH faithful dreaded a repetition of the previous season, when they reached the bottom of the IPL for the first time. Let’s fast forward to April 22, 2022. The same squad is fifth in the points standings with eight points after six matches. Having played one fewer match than league leaders Rajasthan Royals, who have ten points.

The Orange Army has went on to win their last four games and is sitting pretty right now. While their bowling unit has gelled, their volatile batting has also performed well in crucial situations. Enabling them to win by eight wickets. Over Chennai Super Kings (CSK), Gujarat Titans (GT), Kolkata Knight Riders (KKR) by seven wickets, and Punjab Kings (PBKS) by seven wickets.

How did they manage to bring off such a miraculous turnaround? You’ll notice something unusual if you look through the scorecards of the games that SRH have won this season. In their last four games against Hyderabad, no player scored more than 175 runs.

This demonstrates SRH’s bowling power, which has been the brand’s characteristic since its creation in 2014. At the major auction in February, the club management chose to purchase back tried. And established bowlers like Bhuvneshwar Kumar and T Natarajan. And took a radical step by keeping the heretofore rookie Umran Malik for four crores. The tactic is paying off well for Kane Williamson and the company. As the trio has taken 29 wickets in total, derailling established batting teams.

The most exciting part of this SRH speed attack is that each bowler has a unique strength. At the same time, Kumar and Natarajan swing a variety of paces. And yorkers have proven to be match-winners; Malik’s explosive speed has made him India’s newest star.

The guy responsible for coaching and honing SRH’s fast bowling wealth need no introduction. Dale Steyn, perhaps one of the best speed bowlers in the game’s history, is embracing his return to SRH, albeit as a fast-bowling coach.

Umran Malik, as well as his bowling speed

Malik’s blazing speed has been steady, instilling fear in the batter’s head. Malik nearly knocked Hardik Pandya out with his first delivery of the stint against Gujarat Titans, a ferocious bouncer that clonked the skipper’s helmet. With a toe-crushing yorker, Malik castled KKR captain Shreyas Iyer.

The 22-year-old has expressed his desire to play for the Men in Blues, and Steyn feels he is capable of a spot in the senior squad. The former South African sprinter evaluated the improvement of the excellent Jammu and Kashmir players.

Umran Malik has an extraordinary ability to move at a breakneck speed. Which parts of his bowling are you coaching him with? Is it your opinion that India should save him for Test cricket to successfully manage his volume of work?

Steyn: Right now, we’re all captivated with Umran’s abilities and what he’s demonstrated. When he bowls, everyone is on the edge of their seats. It’s thrilling not only for Indian cricket but also for cricket throughout the world. It’s uncommon to find bowlers that can bowl so quickly and reliably. Bowlers like Anrich Nortje and Lockie Ferguson have done it in recent years, but Umran is much more youthful and has a fascinating biography.

You used to be an influential leader of the SRH bowling unit, and now you’re back as their fast bowling instructor. What’s it like to return to the same property, but this time in a different role?

Steyn: It’s fantastic! It’s good to get back in the game and on a squad with which I’m familiar. The training staff looks like the one I had as a player. Tom [Moody], Murali [Muttiah Muralitharan], and [Simon] Helmot are the competitors. I’ve worked with men like Kane, who was a member of SRH at the time. It’s as though I’m still apart! You might say I’m taking on a more senior role now. After a few years, the ‘coach’ in me could resurface. It’s been a great time. I’m in the coaches’ room right now, so I’m not on the field with the players (laughs)!