Wisden Five Cricketers of the Year 2022 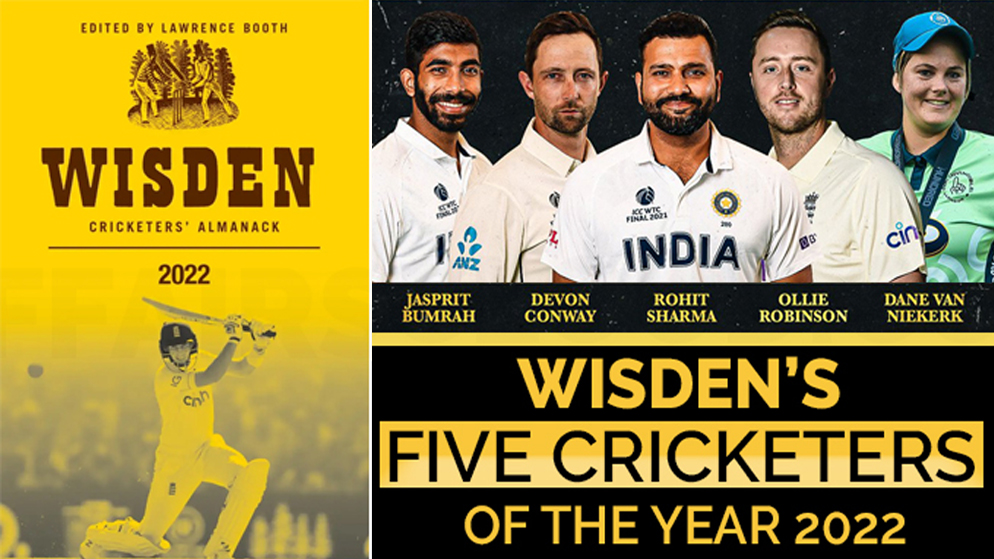 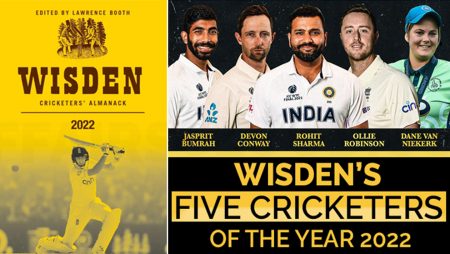 Each year Wisden recognizes cricketers included in the Wisden Cricketers of the Year list. Referrals are based solely on the cricketer’s impact on the previous British season.

Since its inception, this annual award has recognized key players of the year, with a few notable exceptions.

Who are the Wisden Cricketer of the Year 2022?

The award has been presented since 1889 and is considered one of the most prestigious awards in cricket.

Who is known as Wisden Cricketer?

Wisden Cricketers of the Year is an annual award given to the best cricketer in the world. The award was established in 1889 and is named after Wisden, a cricket magazine.

The Wisden Cricketer of the Year is selected by a panel of judges. The panel includes cricket writers, broadcasters, and former cricketers. To be eligible for the award, a cricketer must have played international cricket during the previous calendar year.

The Wisden Cricketer of the Year is considered one of the most prestigious awards in cricket. It is often referred to as the “Oscar” of cricket. Previous winners include some of the greatest cricketers in history, such as Sir Garfield Sobers, Sir Vivian Richards, and Shane Warne.

Who won the title of Wisden cricketer 2022?

1. Jasprit Bumrah: Jasprit Bumrah emerged as a star perfomer in India’s tour of England in 2021. His contribution to the Indian team with both bat and ball gave India a 2-1 lead in the series that will be concluded this summer.

2. Rohit Sharma: The ace batter hit 368 runs in four Tests at an average of 52.57. He came into the spotlight when he scored 127 runs at The Oval, his first Test century in an away match.

3. Devon Conway: The 29-year-old scripted history by becoming the first batter to hit a double century on his Test debut. His next innings of 80 runs helped New Zealand to win their first series in England in 22 years.

5. Dane van Niekerk: Van Niekerk was the leading player in The Hundred. She earned the ‘Most Valuable Player’ award after captaining her side in the women’s competition. She was also the leading run-scorer of the tournament with 259 runs and took eight wickets at an average of 20.

Which Indian Cricketer has been chosen as the Five Cricketers of the Year 2022 by the Wisden Almanack?

The Wisden Cricketers of the Year are chosen by the Wisden Almanack and are considered to be one of the most prestigious awards in cricket. The award was first given out in 1889 and since then; only five Indian cricketers have been chosen as the recipients – Polly Umrigar, Kapil Dev, Sunil Gavaskar, Rahul Dravid, and Virat Kohli.

This year, the five Wisden Cricketers of the Year 2022 are Jasprit Bumrah, Rohit Sharma, Devon Conway, Ollie Robinson, and Dan van Niekerk. All five of them are deserving recipients and have had an amazing year in cricket.

Rohit Sharma is undoubtedly one of the best batsmen in the world and he has been in phenomenal form over the past few years. He has scored runs consistently in all formats of the game and has led India to many victories.

How many Indians featured in the 2022 edition of Wisden 5 Cricketers of the Year list?

This is the question on every cricket fan’s mind as the sport’s most prestigious annual publication; Wisden, gears up to release its list of the five best cricketers in the world for 2022.

While there is no official word yet on who made the cut; there are strong indications that at least two Indians – Rohit Sharma and Jasprit Bumrah – are in contention for the coveted accolade.